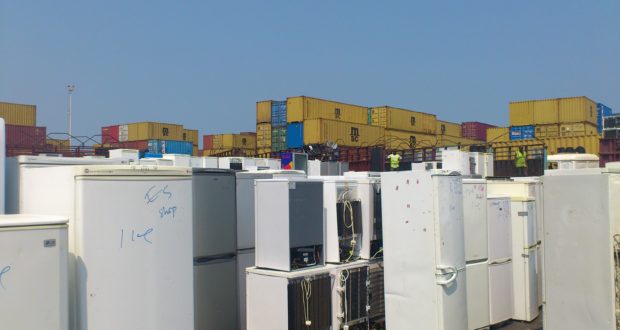 The Energy Efficiency Projects saved about 400 gigawatts of electricity power within 3 years of the Refrigerator Energy Efficiency Program.
This was announced by Mr. Kofi Agyarko, the Head of Energy Efficiency Promotion and Climate Change of the Energy Commission.
Addressing media practitioners at a forum this week, Mr. Agyarko said Ghana needed to progressively adopt energy conservation choices to ensure sustainable power supply.

Over the three-year period, Ghana has successfully saved 400 gigawatts hours of electricity, 1.1 million tonnes of Carbon dioxide and recovered 1,500 kilogrammes of Chlorofluorocarbon as successes of the program.

According to Kofi Agyarko, the Commission has initiated a baseline study towards the review of the Building Code for developers of public buildings to utilise standard energy efficiency architecture and materials to conserve energy.

He stated that the move will eventually compel public buildings to save energy.
The Commission is working with the Ministry of Works and Housing and other relevant bodies to develop a strategic framework for the attainment of the goals for sustainable national progress.

Mr. Agyarko said the current trend of high rise buildings being encased in glass, thus necessitating the resort to too many air conditioners with the accompanying rise in the energy consumption would be tackled in the Commission’s next project.

He said, “instead of using, for instance, doubled glazed glass, which has air within it and thus can repel heat, developers are using cheaper options, which rather attract heat into their buildings and lead to the demand for expensive cooling appliances.”

Mr. Agyarko said the Commission would extend the standards and regulations to the real estate sector on the successful implementation of the Public Building Project, explaining that tackling problems in phases allowed for easy management and enforcement.

On the achievements of the Refrigerator Project, Mr. Agyarko said Ghana now had an assembling plant in the free zones area for manufacturing energy efficient refrigerators as well as a refrigerating testing laboratory at the Ghana Standards Authority, the first of its kind in Sub-Saharan Africa.
He noted that Commission had also seized and destroyed some 30,000 illegally imported refrigerating appliances during the period.

He stated that although some importers continue to bypass the system by importing the banned appliances under the guise of diplomatic cargo, the Commission was on alert to deal with them.

He also called on the public to be vigilant and report fake or suspicious appliances on the market to the Commission for action to be taken.
The Global Environment Fund, the United Nations Development Programme contributed and government contributed to the implementation of the Refrigerator Energy Efficiency Project which was launched in 2012..