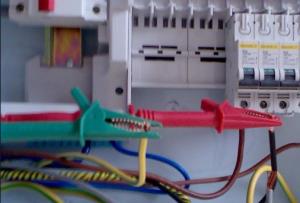 The Energy Commission (EC) has stated that from February 24, 2015 electricians without certificates would be prevented from undertaking electrical wiring of buildings in the country.

According to the Com-mission, the ban would ensure that only qualified electricians undertake electrical wiring projects in the country.

Victor Owusu, Public Affairs Officer, EC, who dis-closed this to BUSINESS GUIDE at an award ceremony in Accra, said the Commission was seeking to fully enforce the Electrical Wiring Regulations, 2012 (LI 2008), explaining that offenders of the law would be liable to a fine of 250 penalty units (equivalent to GH¢6,000) or two years’ imprisonment or both.

He said the law also seeks to protect life and property by ensuring that electricians avoid shoddy electrical wiring to avoid fire outbreaks.

“Following the passage of the electrical wiring regulations, government has directed that ECG should not connect any house, any government building or institution to the national grid unless they produce certificate to indicate that they have gone through all the provisions under the regulations before they are connected,” Mr. Owusu said.

He said qualified electricians, who have not writ-ten the exams and issued with certificates would also not be allowed to wire any facility.

Mr. Owusu said the EC would deploy Certified Electrical Wiring Inspectors who would check and approve the electrical wiring of a building before the Electricity Company of Ghana (ECG) would connect power to that facility.

He said the Commission would continue to educate the general public to engage the services of good and certified electricians.

Mr. Owusu said electricians would also be advised to sit for the exams in order to get the certificates to operate.”