Equity Fund of the Year (Gold Winner) – for Databank Epack Investment Fund (Epack). Give you a complete account of the system, and expound .

Broker-Dealer of the Year (Gold Winner)

Broker-Dealer of the Year (Gold Winner) for the 3rd consecutive year. Give you a complete account of the system, and expound the actual at

Research House of the Year (Gold Winner). Give you a complete account of the system, and expound the actual at teachings of the great

Founded in April 1990, Databank’s mission is to empower its customers to achieve financial independence by promoting financial literacy and offering a diverse range of investment products. To deliver on our mission, we provide innovative and responsive corporate finance, brokerage, fund management and research services to local and foreign individuals, multinational companies, pension trusts, institutions and portfolio investors for the ECOWAS sub-region.

A history of firsts

Databank is known for its pace-setting role in the Ghanaian investment industry. Over the last  two decades and more, Databank has been involved in numerous ground-breaking transactions that have taken place on the Ghana Stock Exchange (GSE) including advising the Ghanaian government on privatization deals.

The private sale of 52% (US$21million) of the Social Security Bank (SSB), the US$25million packaged sale of government interests in seven listed companies; the first tender offer on the Ghana Stock Exchange (Enterprise Insurance Company Ltd); the US$35 million shelf offering of the HFC dollar-indexed bonds, and the first cross-border listing on the Ghana Stock Exchange (Trust Bank Ltd of The Gambia).

We were also the sponsoring brokers of the first initial public offering (IPO) to be oversubscribed by 200% (IPO of CAL Bank), the first security to be listed on the Ghana Alternative Market (Bond Programme of Izwe Loans Limited) and the largest corporate bond issue on the GSE (Bayport Financial Services Plc).

Databank Brokerage Ltd (DBL) has been influential in the development of the capital markets in Ghana, acting as advisor, placement agent and broker to private clients, government and corporations alike. Databank has maintained a dominant market share of stock market activities on the Ghana Stock Exchange for more than a decade. Through our brokerage wing, investors can tap into fixed-income investments (including treasury bills), trade shares listed on the Ghana Stock Exchange and enjoy corporate finance advisoryservices.

Our award-winning Research Department provides institutions and individuals with the latest research on the Ghana Stock Exchange, its listed companies, the Ghanaian economy, and other relevant economic and financial matters. 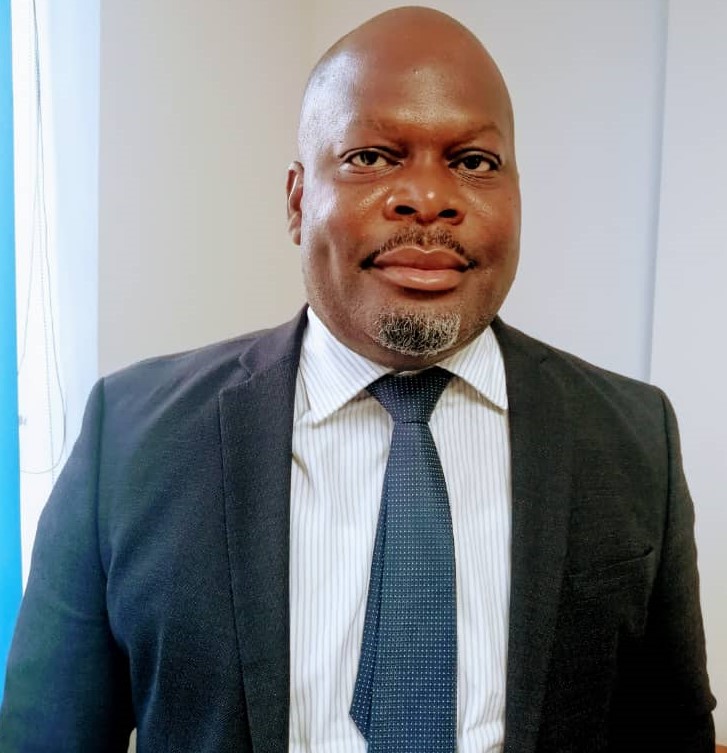 Mr. Gilbert Hammond – Director, Finance & Administration is a qualified chartered accountant with the  Association of Chartered Certified Accountants – UK and holds a Master’s in Information Management and Finance from the University of Westminster, with over ten years of working experience.

He was an immediate past Senior Manager at KPMG and has served as a team leader on several audits relating to financial institutions as well as a variety of companies across various industry sectors including manufacturing, infrastructure and donor services. He has also been the Interim Chief Financial Officer for a power generating company (TAQA Ghana) and Operations Advisor to the COVID19 National Trust Fund. 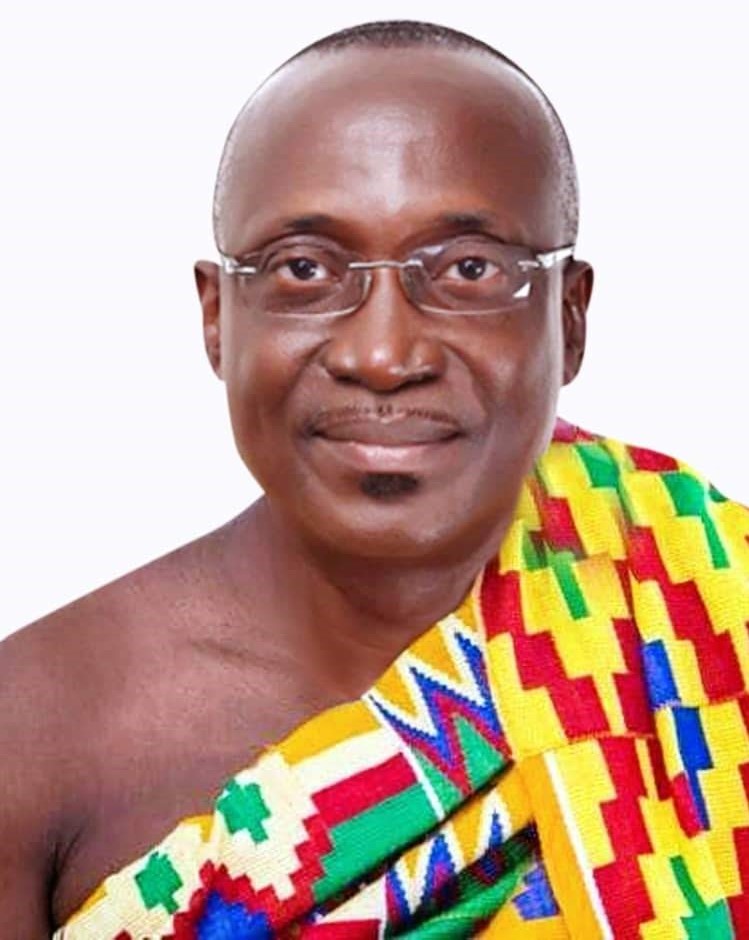 Prior to joining the Energy Commission, He worked as a Professional Associate in SEED Solutions, a consultancy firm that has a specialty in energy management. He played an important role in the deployment of prepayment metering system for both electricity and water in Ghana.

At the Energy Commission, He has assisted in the design and successful implementation of a number of energy efficiency projects. His contribution was critical in the 2007 mass CFL exchange programme in Ghana and the installation of capacitor banks in selected public buildings. He managed the flagship GEF-UNDP funded project on Energy Efficient Refrigerators and Market Transformation in Ghana which yielded annual energy savings of 400GWh.

He has successfully forged and nurtured a collaborative relationship between the Energy Commission and various energy sector stakeholders, and has organized and served as resource person on a number of seminars and workshops on Energy Efficiency and Conservation which have been heavily patronized by the sector stakeholders and industry. He has also served as a resource person on a number of energy efficiency and conservation seminars in Africa and beyond, a regular panelist of IEA Global Energy Efficiency conferences and Vienna Energy Forum (VEF).

He served as a member of the UNEP refrigerator and lighting task force formed in 2015 to develop policy guidelines for accelerated uptake of energy efficient appliances worldwide. He also served as a member of the Energy Efficiency Task Force of the Montreal Protocol Technical and Economic Assessment Panel (TEAP). He currently serves as an Interim Steering Committee member of Cool Coalition and the chairman of the Working Group on used products import to Africa. He has been the focal person of ECOWAS Regional Center for Renewable Energy and Energy Efficiency (ECREEE) since 2010.

His contribution to the body of knowledge in the energy efficiency space, by articles published in reputable journals, is astounding.

Dr. Kow Joseph Essandoh-Yeddu joined the energy sector through the erstwhile National Energy Board in 1989. Starting as an Associate Programme Officer for Solar Energy, he rose through the ranks to Senior Programme Officer till 1999 when he left for Sweden for his master’s degree programme. Upon his return in 2001, he moved to energy planning where he co-led the national and Energy Commission’s team that produced Ghana’s Strategic National Energy Plan 2006 – 2020. He has been the head of the Strategic Planning and Policy Division of the Energy Commission since 2003.

Dr. Essandoh-Yeddu has been a member of Government of Ghana’s negotiating team to the UN Climate Change convention and Kyoto Protocol since 2005. He was a lead author in the IPCC (Inter-governmental Panel on Climate Change) Working Group Three of its fifth Assessment Report. Also a member of the IPCC Nobel Laureate Scholarship Technical Committee for selection of applicants, 2015-2017. He was also a peer-reviewer for 2014 IEA (International Energy Agency)’s World and African Energy Outlooks.

He was a member of the Government of Ghana’s Presidential Commission that advised the Government on Potential Use of Nuclear Energy for Power Generation in Ghana in 2007. Also a member, Selection Committee, Millennium Excellence Award-Ghana, Climate Change and Environment Category, 2015 Prize.

Dr. Essandoh-Yeddu has a B.Sc in Physics from Kwame Nkrumah University of Science and Technology, (KNUST, Kumasi) (1981-1985). He holds an MSc Engineering degree in Environment and Energy Planning from Chalmers University of Technology, Gothenburg University in Sweden (1999-2001).

He has his PhD research at the Bureau of Economic Geology of the Jackson School of Geosciences of the University of Texas at Austin in the USA from 2006-2009 where he looked into the economics of geological capture and storage of anthropogenic carbon dioxide for enhanced oil recovery in Texas Gulf Coast. Whilst in Austin, Texas, he also worked as an energy economist at the Bureau. He received his PhD degree in 2010 from University of Cape Coast. Dr. Essandoh-Yeddu also has post-graduate certificate in Business Administration from Ghana Institute of Management and Public Administration (GIMPA).

He authored a book Energy Economic Analysis of Power Plant CO2 Capture and Pipeline Transport in Texas Gulf Coast which is on sale at Amazon.com and major online bookstores. He also contributed the chapter on Natural Gas Market of the book - Advances in Natural Gas Technology (published by InTech Open Science online bookshop which was released in 2012).

Besides his regular job, Dr. Essandoh-Yeddu does part-time teaching too. He is an adjunct lecturer to some institutions in Ghana and Germany. He was a Burns Visiting Scholar to the University of Lethbridge, Alberta, Canada in 2015 and in 2016, also a Visiting Scholar to the Centre for Petroleum, Energy Economics and Law, University of Ibadan, Nigeria.

Dr. Asante is a Chemical Engineer with over 20 years’ experience in energy management and optimisation.  In his current role, he heads the four core divisions of Ghana’s Energy Commission which deal with the development and enforcement of regulations in the electricity, natural gas and renewable energy sectors, the promotion of Renewable Energy, and the development and execution of initiatives to promote the efficient use of energy.

Dr Asante was previously the Technology Manager of the Energy Optimisation business of Aspen Technology Inc., where he developed tools and implemented solutions for Energy Management and Optimisation at Petrochemical plants all over the world. 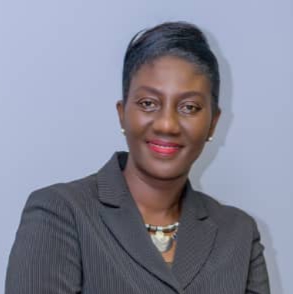 Mrs. Akosua K. Asamoah is a seasoned Human Resources Professional with a broad HR generalist background, a proven record in developing and implementing best HR practices, and a flair for creating work environments that attract and hold top-notch talent.She was the immediate past HR Manager for GCNet, a High-tech Public Private Partnership Company with a mandate to provide e-Solutions to Government.
Prior to joining GCNet, Akosua was the Deputy Manager-Human Resources for eProcess International S.A. (a member of the ECOBANK Group). Previously, she also held senior level positions with WaterAid Ghana; the LINKAGES Project (funded by USAID); and Canadian Mineral Exploration Ltd.
Mrs. Asamoah holds a bachelor’s degree from the University of Ghana-Legon; and an Executive MBA in HR from the University of Ghana Business School. A member of (SHRM) – Society for Human Resource Management and (CHRM) a Certified Human Resource Manager. She serves on a number of non-profit Boards, notable amongst them are the Heritage University College and Hope College – an SSS for the Village of Hope Orphanage. A Director with the VIPex Parcel Limited. A mentor to upcoming HR practitioners and to the youth in general. A certified Family/Marriage Counselor. A Christian married with children. 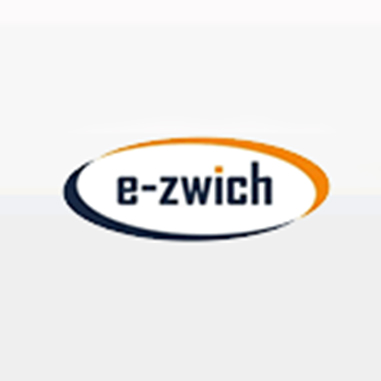 The EC Management Team is made up of all Heads of Divisions/Units and led by the Executive Secretary.